A digital copy of the programme, including the proceedings, of the First Biannual Neuroadaptive Technology Conference can be downloaded below.

Below are listed the most important dates and deadlines concerning the NAT’17 conference.

We cordially invite you to submit contributions of research in the area of neuroadaptive technology.

Submissions can be made to all parts of the conference, including the Research Track, Work-In-Progress Track, and Demo Sessions.

All accepted contributions will be published in the conference proceedings, probably through Elsevier. A selection of authors will be invited after the conference to submit full book chapters about their research.

Detailed submission instructions are provided in the Submission section.

Please feel free to share the Call for Papers (attached below) to your academic and industrial network.

Submissions should be in the form of 1-page structured text, including up to one figure. To prepare your contribution please use the template below. We can’t accept contributions which are not following these guidelines. All submissions will be blindly reviewed by the Program Committee on the basis of technical quality, relevance to conference topics of interest, originality, significance, and clarity.

Author names and affiliations must not appear in the submissions, and bibliographic references must be adjusted to preserve author anonymity.

Please submit your contribution via our online system.

All accepted contributions will be published in the conference proceedings. A selection of authors will be invited after the conference to submit full book chapters about their research.

Please note that the submission deadline has been extended and is now March 20th, 2017. Contributions submitted after this date will not be considered.

The NAT Conference is concerned with an emerging technology – neuroadaptive technology. This technology is characterized by a closed-loop model that incorporates elements from: neuroscience, psychophysiology, machine learning, signal processing, systems engineering, robotics, human-computer interaction and neuroethics. 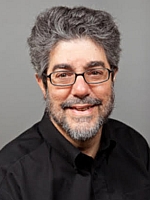 Robert Jacob is a Professor of Computer Science at Tufts University, where his research interests are new interaction modes and techniques and user interface software; his current work focuses on implicit brain-computer interfaces. He has been a visiting professor at the University College London Interaction Centre, Universite Paris-Sud, and the MIT Media Laboratory. Before coming to Tufts, he was in the Human-Computer Interaction Lab at the Naval Research Laboratory. He received his Ph.D. from Johns Hopkins University, and he is a member of the editorial board for the journal Human-Computer Interaction and a founding member for ACM Transactions on Computer-Human Interaction. He has served as Vice-President of ACM SIGCHI, Papers Co-Chair of the CHI and UIST conferences, and General Co-Chair of UIST and TEI. He was elected to the ACM CHI Academy in 2007 and as an ACM Fellow in 2016. 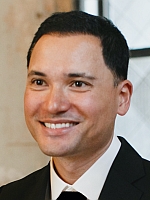 Dr. Surjo R. Soekadar, MD, is head of the Applied Neurotechnology Laboratory at the University Hospital of Tübingen. From 2009-2012, he was fellow at the Human Cortical Physiology and Stroke Neurorehabilititation Section (HCPS) at the NIH, USA. His research interests include cortical plasticity in the context of brain-machine interface (BMI) applications, non-invasive brain stimulation and neural mechanisms of learning and memory. He developed the first paradigms that combine BMI with transcranial electric stimulation (TES), and demonstrated full restoration of independent daily living activities, such as eating and drinking, across quadriplegic patients who used a hybrid brain/neural hand-exoskeleton outside the laboratory. He is member of board of several NGO’s dealing with improving health care in developing countries and served as resource specialist at the Salzburg Global Seminar. Surjo Soekadar was co-chair of the 2013 and 2015 International Workshops on Clinical Brain-Machine Interface Systems. He received various prizes such as the NIH-DFG Research Career Transition Award (2009), the NIH Fellows’ Award for Research Excellence (2011), the international BCI Research Award 2012 (together with Niels Birbaumer) and the Biomag 2014 Young Investigator Award. 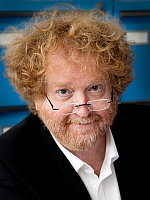 Pim Haselager obtained master degrees in philosophy and psychology, and received his PhD in 1995 at the Free University of Amsterdam, the Netherlands. Currently he is associate professor and principal investigator (Theoretical Cognitive Science) at the Donders Institute for Brain, Cognition and Behaviour, at the Radboud University Nijmegen.
His research focuses on the implications of Cognitive neuroscience and Artificial Intelligence for human self-understanding. He investigates the ethical and societal implications of research in, and the ensuing technologies of, CNS and AI, such as Robotics, Brain-Computer Interfacing, and Deep Brain Stimulation. He is particularly interested in the integration of empirical work (i.e. experimentation, computational modeling, and robotics) with philosophical issues regarding knowledge, identity, agency, responsibility and intelligent behavior.
He has published in journals such as American Journal of Bioethics, Neuroethics, Journal of Cognitive Neuroscience and Journal of Social Robotics. He is vice-president of the European Association for Neuroscience and Law. 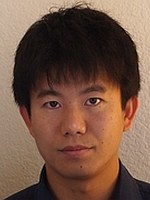 Makoto Miyakoshi is an associate project scientist of Swartz Center for Computational Neuroscience (SCCN), Institute for Neural Computation, University of California San Diego. He received Bachelor’s degree in Philosophy in Waseda University in 2003, Master’s degree and PhD in Psychology in Nagoya University in 2005 and 2011. He received fellowship from Japan Society for the Promotion of Science (JSPS) during 2005-2008 and 2011-2013 with which he visited SCCN director Scott Makeig, and later he became Scott’s post-doc in 2011. In parallel with analyzing clinical EEG data in collaboration with clinical researchers of schizophrenia, epilepsy, and post-stroke motor rehabilitation using TMS, he has been working on optimizing workflows and algorithm of EEG preprocess pipeline using independent component analysis (ICA). He also makes contribution to user community of EEGLAB, which is the most widely used free, open-source EEG analysis library developed by SCCN, by developing extensions, answering questions to the mailing list, and publishing information in SCCN websites.

Further keynote speakers for NAT’17 will be announced shortly. 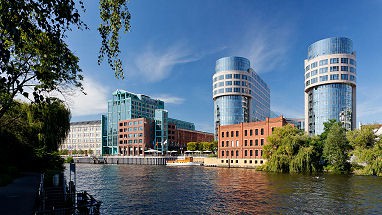 NAT’17 will take place in Berlin, Germany, at the conference hotel ABION Spreebogen (****). The conference venue is frequently and directly connected to Tegel Airport (~15 Minutes) and Berlin Main Station (~5 Minutes) by public transport (Bus TXL to stop “Kleiner Tiergarten”). A taxi from the airport will most likely cost less than 20 euros. Hotel rooms at the conference hotel can be booked here. A limited number of rooms is reserved for conference attendees for a rate of 109 Euro per night, including free WiFi and breakfast. The registration code needed is “NAT 2017”. Please do not add any breakfast to your booking in step three of the booking process (“Add Enhancements”) as it is already included in the conference rate. The conference registration fee includes access to the conference, lunch and coffee. Other hotels and hostels, like the Hotel Tiergarten Berlin Mitte (***), the Amstel House Hostel Berlin (**) and the Wallyard Concept Hostel, can be found nearby the conference venue (a walk of less than 15 minutes).

NAT’17 is supported by Deutsche Forschungsgemeinschaft (DFG) and the Department of Psychology and Ergonomics (IPA) at TU Berlin.

This website uses cookies to improve your experience while you navigate through the website. Out of these, the cookies that are categorized as necessary are stored on your browser as they are essential for the working of basic functionalities of the website. We also use third-party cookies that help us analyze and understand how you use this website. These cookies will be stored in your browser only with your consent. You also have the option to opt-out of these cookies. But opting out of some of these cookies may affect your browsing experience.
Necessary Always Enabled
Necessary cookies are absolutely essential for the website to function properly. These cookies ensure basic functionalities and security features of the website, anonymously.
Functional
Functional cookies help to perform certain functionalities like sharing the content of the website on social media platforms, collect feedbacks, and other third-party features.
Performance
Performance cookies are used to understand and analyze the key performance indexes of the website which helps in delivering a better user experience for the visitors.
Analytics
Analytical cookies are used to understand how visitors interact with the website. These cookies help provide information on metrics the number of visitors, bounce rate, traffic source, etc.
Advertisement
Advertisement cookies are used to provide visitors with relevant ads and marketing campaigns. These cookies track visitors across websites and collect information to provide customized ads.
Others
Other uncategorized cookies are those that are being analyzed and have not been classified into a category as yet.
SAVE & ACCEPT

We are bringing together artificial and human intelligence. This is happening in Castle Lübbenau, near Berlin, on the following dates:

Please use the form below to register for NAT’22. In case of technical issues with the website, please click here or contact us.
Note that the ticket price does not include accommodation. Rooms at the castle have been reserved for the conference. You can find more information about booking a room at the ‘Schloss Lübbenau’ here.

In case an issue with our payment provider prohibits you from completing registration, either here or through this website, please contact us at neuroadaptive@b-tu.de and let us know your name, affiliation (academic/industry), and whether or not you would include the social evening dinner (+50 euro).

Please use the attached Word template to structure and style your submission.
The maximum length of the submission is 2 pages, including at most 1 figure. References do not count towards the maximum page length. Please also include at least 2 keywords. Further details are given or described in the template document itself;.
To ensure a blind review, please do not include your names and affiliations in the template. Instead, you will be asked to provide them during the submission process. Also try to not provide other obvious clues to your own identities, e.g. by referring to own past work: “We (Zander et al., 2022) showed that…”
When your submission is finished, please use the submission page on this website to submit it for consideration.

Use this form to submit your contributions to the NAT’22 conference. Please use the provided template in a compatible format.